Want to play Ironsworn Starforged but don't want to define the world before you play? Want to hop right into the action every session? Do you want additional oracles for filling out your version of the Forge with machines, supernatural horrors, and precursor remains?

Forge Horizons is a series of oracles and optional rules for the Ironsworn Starforged RPG that add details and some streamlined rules for episodic play. This is a fan supplement, so you’ll need a copy of Starforged to play.  Forge Horizons adds three tools for you to detail and enhance your stories in the Forge.

Episodic adventures are alternative rules for starting the game. They get your character into the action quickly and allow you to discover regions of the Forge and it’s truths through play. Instead of doing all the world-building up front, you take your character and put them in the middle of an adventure already in progress. Each session is broken down into bite-sized moments where you’ll generate a random location, inhabitants, and an action scene that will propel the story forward. This will give your Starforged game a more episodic feel, with larger threats and themes evolving from play over time. You can also use this system to set up a situation for a one-shot with guided or co-operative play.

Ecumenopolis planets and oracles let you generate planets covered by settlements, city infrastructure, and millions of inhabitants. This planet type is for versions of the Forge that are more populous if you want your game to more closely resemble stories like Star Wars, Firefly, or Foundation.

Oracles for machines, supernatural horrors, and precursors let you add further challenges and exciting developments to your Starforged game. Machine oracles let you add random automatons, bot companions, or even nanomachine swarms. Oracles for supernatural threats give you details for all the horrors that may exist in the dark shadows of the Forge. Finally, precursor tables help you imagine the remains of these ancient aliens, and may even lead you to some of the last living precursors in the Forge.

This work is based on Ironsworn Starforged found at

In order to download this game you must purchase it at or above the minimum price of $8 USD. You will get access to the following files:

Everyone who purchases this supplement provides a copy for someone to download free of charge. These community copies are intended for those who are experiencing financial hardships and cannot pay for a copy. If you want to check out this game and cannot afford the price, help yourself.

Any chance we get the single pages variant of this rather along with the spreads?

Awesome, thank you! Makes it easy to reformat into A5 pages for my notebook. :)

Great supplement! On page 6, the Location, oracle, one of the results is "Location" (under Planet), what does that mean?

So that should be for the Location Themes oracle on page 370 of the Ironsworn Starforged rulebook.

Side note, the system for spawning Ecumenopolises (rolling doubles) as written could be interpreted to mean all Vital Worlds are Ecumenopolises (when you roll two 9s or two 0s). Even if you don't count 100s as doubles, having 10% of all planets in the galaxy be city planets is a lot.

I also think that the chance should be skewed based on region.

One solution could be:

When you roll for a planet's settlements and get Multiple settlements or Settlements in conflict, Ask the Oracle (50/50) if the planet is an Ecumenopolis.

The benefits of this is that it succinctly incorporates the region and base class of a planet into the probability.

A Vital World in Terminus has a 30% chance of multiple/conflicting settlements and therefore a 15% of being an Ecumenopolis. In the Expanse, it'd be an Ecumenopolis 4.5% of the time. An Ice World in the Outlands would just be 2.5% and so on. Harsh environments in the Expanse have no chance.

It also gives the player the option of incorporating the original planetary class when envisioning the city and its history. A lush world ruined by pollution, a city planet with icy weather, a rain-soaked city with vines creeping up the buildings, a once thriving city planet turned into a grave, etc.

The main drawback of this system is that it somewhat disrupts the typical flow of rolling a planet, unlike the mechanic you used. I'm still deciding how I want to do it in my games but this is the best I've come up with. 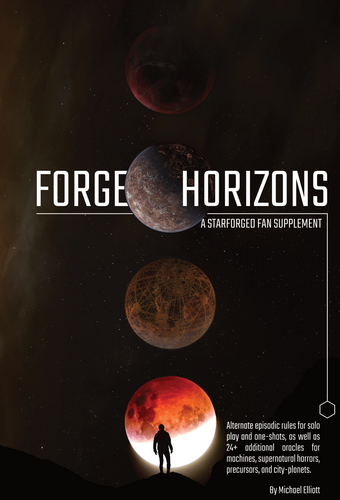 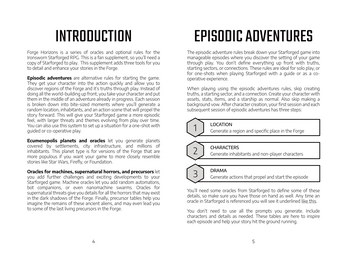 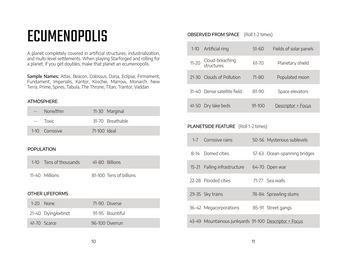 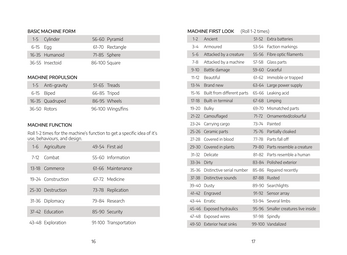 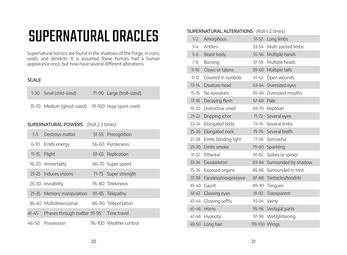