Nasty, Brutish, & Long is a tabletop role-playing game about class war and revolution in your own fantastical setting. Based on the Forged in the Dark system, this rules-light game puts characters divided by class and resources front and center in a world on the brink of permanent change. Will your bastard noble defend their small town from the Church's magic-hunting inquisition? Will your character successfully organize their fellow factory workers against the foremen? Or will your merchant wheel and deal to secure themselves in a world torn apart by new Gods? Play to find out how the revolution fairs against the world!

Make your own Revolution! Has magic suddenly entered a mundane world, or do you live in a society that relies on spells and magic that no longer work? Is industry creating a wealthy and powerful middle class at the expense of exploiting workers and dangerous factories? Or does your story begin with a social revolution, hunting down the last of the nobility, or the dreary realization that the revolution is defeated? Nasty, Brutish, & Long gives you all the tools you need to make your setting about characters working to overturn or take advantage of the status quo.

Nasty, Brutish, & Long comes with 30 character backgrounds that help illustrate your character's history  and economic class, and give them NPC relationships and connections you can define through play. The game revolves around the player character's beliefs, drive, virtues, and vices. Play proceeds scene by scene, drive by drive as the characters try to change the world. As time passes characters lose stress, gain resources, and see the consequences of their actions play out over days, weeks, months, and years.

Your game of Nasty, Brutish & Long may take place at the dawn of a new world war, the end of the divine right of kings, or at just after the discovery of magic. It could have covens of witches, courts of sorcerers, or brand new unions of workers. It could be medieval, fantastical, or in the midst of industry. The game comes with everything you need to create a unique setting that puts revolution and the characters front and center.

Digital copies of the character sheet can be found here.

Based on Blades in the Dark, a product of One Seven Design, developed and authored by John Harper, and licensed for use under the Creative Commons Attribution 3.0 Unported license.

Timeto typeface by Speak the Sky

In order to download this game you must purchase it at or above the minimum price of $9 USD. You will get access to the following files:

Excellent, excellent title! I knew it sounded familiar, until it clicked: it's a Hobbes' Leviathan reverence! "No arts, no letters, no society; and what is worst of all continual fear and danger of violent death. And the life of man: solitary, poor, nasty, brutish, and [long]." Or at least it goes something like that, it's been ages since I first memories that line. Love how it challenges those Hobbesian ideas in a subtle way without directly spelling it out.

Heh, this very reference made me confuse it with:

In other things, not gonna avail myself of the Community Copy 'lest my payment actually go through, but in Actions, it's "ley( )line", not "lay line".

Mmm, Classes. Gonna get this to see what I can do with LitRPG-s...

This game has one of the best flufftext intros I've ever read (page 1 of the PDF). It presents so many great hooks ("the witches have returned from the woods", etc.), it immediately set gears turning in my head.

The set dressing that unfolds over the subsequent pages is also well-done, communicating very well the tone and place of the game. Importantly, it leaves lots of gaps for the imagination.

I think this is one of the strengths of the whole system: character creation, too, leads to a character sheet filled with potential hooks, touching upon the PC's past and characterization in a very clear, concise way. Altogether the game delivers potential stories very well. It guides with a light hand.

Nasty, Brutish, and Long is an incredibly unique game in the TTRPG space. By focusing on a very specific fantasy - revolutionaries in a fantastical world - it creates a fascinating free-form structure.

The book looks great, with excellent layout and font choices. The words are snappy and to the point, and almost every page reinforces the themes. A streamlined version of the Forged in the Dark ruleset makes the game cover huge amounts of time willed with player-driven drama. Incredibly evocative stuff! 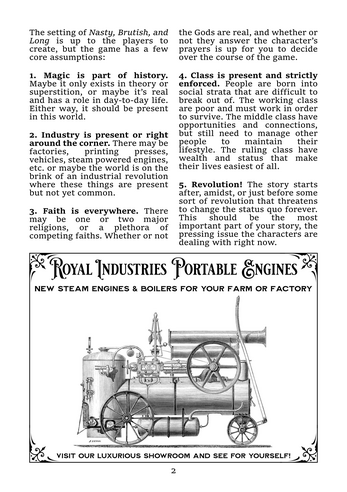 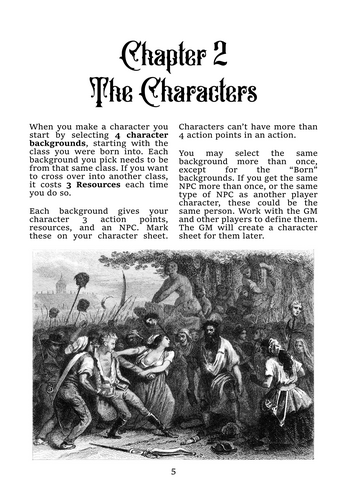 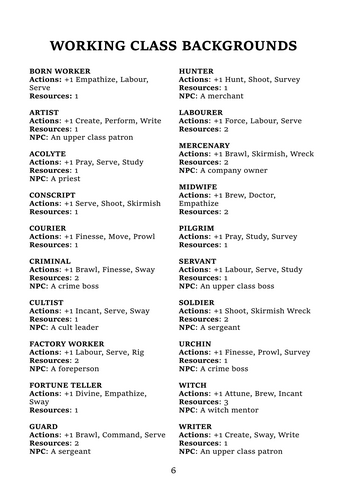 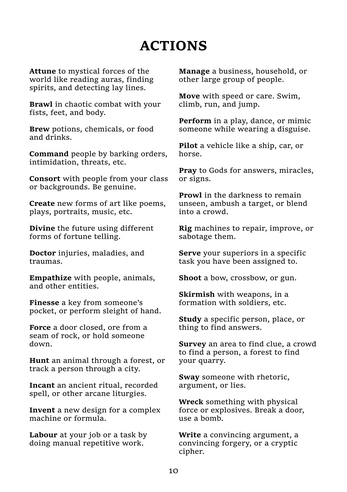 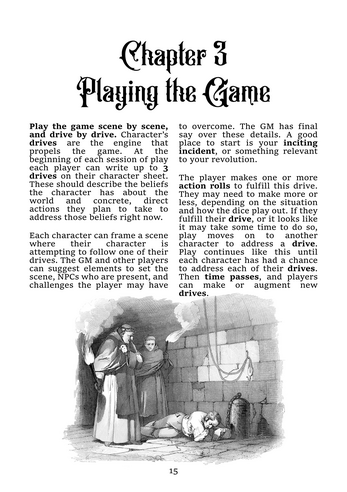 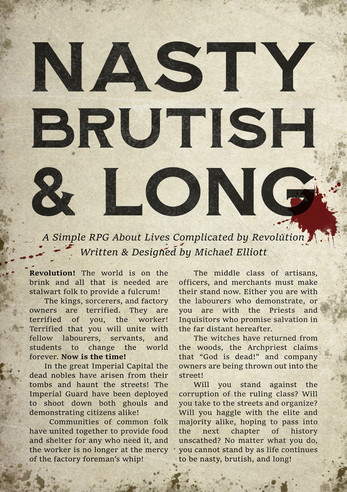