Three Desperate Nights is three potential scores or interesting events happening in and around Doskvol designed for the Blades in the Dark role-playing game. Use these to supplement the story of your game as it’s happening, or kick start a new story when things are getting complacent or dull, or if you’re just starting a new campaign. Treat them as individual events, or strong them together has related incidents with a sinister new plot.

The Empire’s oldest leviathan ship has arrived in Doskvol’s docks to be scuttled and stripped down. Why is it here and not run aground somewhere else like the other derelict ships? Why the extra security? What secrets does it hold? Explore this iron behemoth in Dark Beneath the God.

Open war has broken out in Crow’s Foot. Who is trying to take advantage of the chaos? What is happening in the tunnels and alleys below the battle? Why aren’t the Bluecoats interceding? Creep in the bloody shadows in Below Violent Nights.

A rare astronomical event has created an unusually low tide, emptying the canals and stranding every ship in the docks. What bodies are revealed, chained to barnacled rocks? What creatures wander the empty canals, feeding on stranded fish? What plans have been delayed, and what catastrophes suddenly unfold? Wade into the filth and secrets of Doskvol with Tide of the Drowning Crown.

Support my work on Patreon or Ko-fi.

Titles generated by the Adventure Title Generator by Loot the Room

This work is based on Blades in the Dark (found at http://www.bladesinthedark.com/), product of One Seven Design, developed and authored by John Harper, and licensed for our use under the Creative Commons Attribution 3.0 Unported license (http://creativecommons.org/licenses/by/3.0/).

“In the Dry-Dock” by Joseph Pennel, 1917, Smithsonian Design Museum

All Art within Public Domain 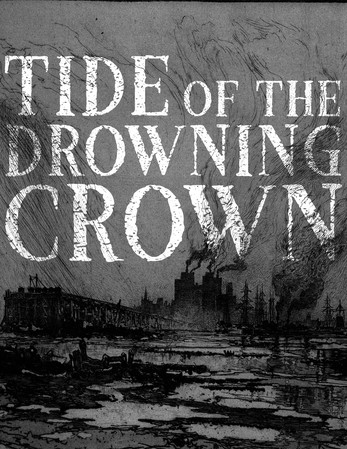 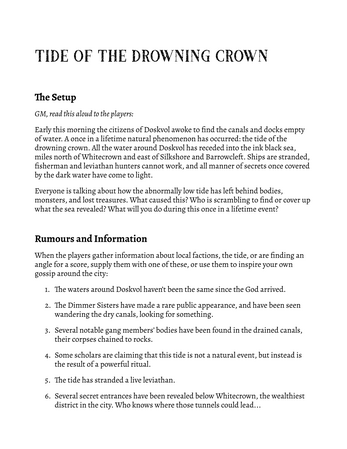 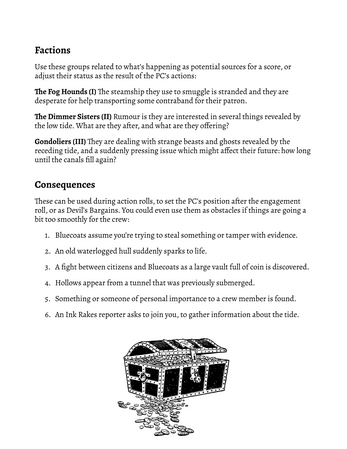