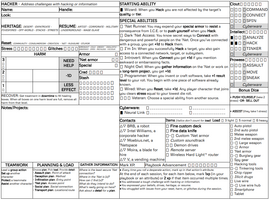 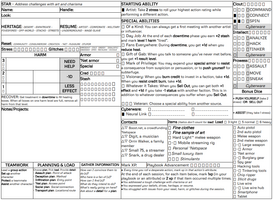 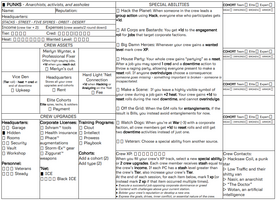 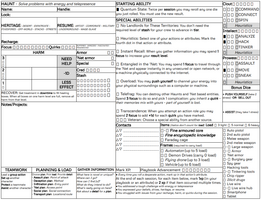 This version of Neon Black includes several changes, including the first special playbook: the HAUNT. Human Amalgamate United into Neuro-Telepresences, or HAUNTs, are human beings who have transferred their minds into the digital realm. This is a character playbook that can be selected at the beginning of the game, or you can transfer a previous character to a HAUNT as a potential long-term project. There are also 2 new factions, new rules for recovery, and several new sections added to the Technology chapter that help illustrate the world of Prime City.

Steal from the rich. Save your friends.